This browser is not actively supported anymore. For the best passle experience, we strongly recommend you upgrade your browser.
All Posts Subscribe
March 2, 2020 | 2 minutes read 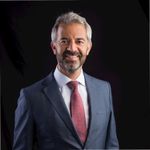 The 2020 State Budget Law will change the Portuguese non-habitual residence tax regime so as to introduce a 10% personal income tax charge on pension income from non-Portuguese sources. The law is awaiting ratification by the Portuguese president after it was passed by the Portuguese Parliament on 6 February 2020.

Until now, pensioners benefiting from the NHR tax regime were exempt from PIT on their non-Portuguese pension income. In addition, under most double tax treaties (DTTs) entered into by Portugal, taxation rights over such pension income are allocated to the country of residence, meaning that the pension income would not be subject to tax at all: the source state was barred from taxing it under the applicable DTT and it would be exempt in Portugal under the NHR tax regime.

In this regard, however, Portugal was pressured by the Nordic countries to review its DTTs so as to grant taxation rights over pension income to source countries whenever the tax residence country did not tax this income. In view of this, the DTT between Portugal and Finland was terminated by Finland on 1 January 2019 and a protocol amending the DTT between Portugal and Sweden was negotiated to grant taxation rights to the source country over pension income.

Finally, on 6 February 2020, the Portuguese Parliament approved the 2020 State Budget Law (pending ratification by the President of the Republic and publication in the Official Gazette), which amends the NHR tax regime in relation to the tax treatment of pension income. According to the new rule, pension income from non-Portuguese sources will be subject to PIT in Portugal at the special rate of 10%, including income earned in the form of lump-sum payments. No other changes have been introduced to the NHR tax regime.

The new rule on pension income will not apply to individuals who have registered as Portuguese tax residents before the 2020 State Budget Law comes into force, except if the relevant individuals choose to benefit from the new 10% rule. Therefore, new NHRs in Portugal (those who are registered as such from the date on which the 2020 State Budget Law comes into force) will start paying 10% PIT on their non-Portuguese pensions.

In our view, this new rule will help strengthen the Portuguese NHR tax regime, namely by trying to address the concerns of some of the countries with which DTTs have been entered into.

New NHRs in Portugal will start paying 10% PIT on their non-Portuguese pensions.