This browser is not actively supported anymore. For the best passle experience, we strongly recommend you upgrade your browser.
All Posts Subscribe
March 5, 2020 | 1 minute read 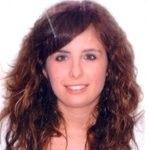 As discussions on an EU financial transaction tax (FTT) have so far failed to yield results, Spain is looking to introduce an FTT along the same lines as France and Italy. If the relevant bill published by the Spanish Parliament on 28 February 2020 (Bill) is approved, Spain would join the club of countries that have opted to levy indirect taxes on the sale of listed equities.

Features of the Spanish FTT

Broadly speaking, the Spanish FTT would be charged at a rate of 0.2% on the acquisition of listed shares issued by Spanish companies with a market capitalisation exceeding €1 billion, regardless of the jurisdiction of residence of the parties involved in the transaction. It would also apply to the acquisition of shares represented by depositary receipts or acquired on the exercise of an option to convert convertible bonds.

The Bill envisages that certain transactions would be exempt from the Spanish FTT. For instance, to avoid conflicts with the Capital Duties Directive, primary market transactions (including acquisitions by financial intermediaries providing placement services) would be exempt.

The obligation to withhold, self-assess and pay the FTT would fall on the financial intermediary involved in the acquisition of the shares, whether acting in its own name or on behalf of investors, regardless of whether or not the financial intermediary is established in Spain. To simplify the procedure, the Bill envisages an alternative under which these duties would be performed by the central securities depositary (CSD).

Any discrepancies between the FTT regimes implemented by EU Member States, along with the increase in transactions costs, would be likely to create distortions in financial markets and affect both the volume of trades and liquidity.

An important difference between the Spanish FTT and the previous EU proposal is the territorial scope. The FTT, as proposed by the EU, would have applied to financial transactions where at least one party was established in the territory of an EU Member State. In contrast, the Spanish FTT would apply to any transaction involving listed Spanish shares (regardless of the parties’ residence).

There remain practical issues regarding the application of the Spanish FTT that have yet to be clarified, including the self-assessment and payment procedure. These are important issues for financial intermediaries that are not established in Spain. Moreover, particular attention should be paid to the alternative procedure for transactions involving CSDs, which other jurisdictions, such as France, seem to have used to simplify the assessment and payment procedures.

if enacted, the Spanish FTT would be charged at a rate of 0.2% on the acquisition of listed shares issued by Spanish companies