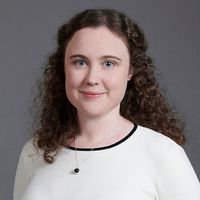 The UK government has announced plans to introduce a “Financial Institution Notice” which would allow HMRC to request information from financial institutions without prior tribunal approval. The stated aim of this measure is to “bring the UK’s rules into line with the rest of the G20…and allow us to meet international minimum standards for exchange of information on request”.

Comments on the draft legislation are invited by 15 September 2020.

HMRC has a number of tools for gathering information and documents about taxpayers. The main one is the issue of an “information notice” under Schedule 36 Finance Act 2008. Information notices can be issued either to taxpayers or to third parties.

Currently, HMRC must get tribunal approval before they can issue a “third party notice” (unless the affected taxpayer agrees otherwise). This, HMRC say, means it can take a long time to obtain the information sought and delays responses to information requests from other jurisdictions’ tax authorities. Hence this feature of our legislation has been “heavily criticised” at the OECD level.

In July 2018, HMRC launched a consultation which (amongst other things) discussed how getting information from third parties could be made easier. A little over 2 years later, HMRC have now produced a summary of responses (from which the above quote was taken), alongside draft legislation for the new “Financial Institution Notice”.

The type of information that could be requested under a Financial Institution Notice is broad – i.e. any information or document the provision of which “would not be onerous” where the same is reasonably required:

Removing tribunal approval requirements completely would certainly be a straightforward option and seems consistent with the trend in these data-hungry times.

The UK government has argued that doing so would have brought the UK into line with the rest of the world. But are we comparing apples with apples?

Different features of other countries’ regimes may explain why tribunal approval is not required there. For instance, the information which can be sought might be more narrowly defined. Or the legislation may provide for a robust appeals process. And here we note that the draft legislation does not contain a clear route to appeal a Financial Information Notice. Would the financial institution need to rely on judicial review? What about the taxpayer?

It might also be noted that HMRC can already get some information from third parties without tribunal approval (Schedule 23 Finance Act 2011). Surely total abolition isn’t controversial if there already is UK precedent for it? But that precedent isn’t perfect. Unlike the third party notice regime, Schedule 23 carefully circumscribes both from whom HMRC can request information and what information they can request from them. By limiting the potential recipients of a request (if not the type of information that may be requested), the Financial Information Notice is something of a half-way house between getting rid of tribunal approval for third party notices entirely and taking a Schedule 23 type approach.

But notwithstanding all that, the key reason that the draft legislation does not “go all the way” seems to be that the mood music was not right.

Various respondents to the consultation appeared wary of an extension of HMRC’s data-gathering powers. Should those people ‘just get with the times?’ Or might the floodgates be opened, with third parties inundated with silly requests? And should anything be read into the fact that HMRC previously has issued third party notices in small numbers (and, based on the consultation paper, don’t expect increasing cross-border cooperation between tax authorities to drive any significant increase)?

It’ll be interesting to see where this goes as HMRC are pulled in one direction by the OECD – and in another by its ‘customers’ closer to home.

Discovery of the Tooth
Sarah Osprey