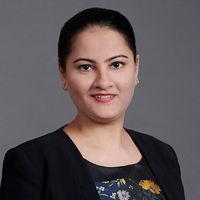 On 13 August 2020, the Prime Minister of India announced a number of steps to make the Indian tax system "seamless, faceless and painless". For international investors familiar with the Vodafone saga (where the Indian government legislated with retrospective effect to essentially overturn a taxpayer friendly judgment of the highest court of the country), this may seem like a welcome step. But does it really provide the tax certainty and predictability in India that foreign investors desire?

In September 2019, the Indian government launched the E-assessment scheme (the "Scheme"). This was aimed at limiting physical interaction between the taxpayer and the assessing officer. Technology was to play a key role in all steps - from random allocation of cases to assessment units across the country (as opposed to assessments being conducted by an assessing officer in the jurisdiction in which the taxpayer was resident or incorporated) to taxpayer communication being electronic (with video hearings, if required) and with a single national unit.

On 13 August 2020, under the new label of Faceless Assessment Scheme, the Scheme was extended to all assessment orders, except in two areas, one of which is "cases assigned to international tax charges".

Nothing in the notification issued by the Central Board of Direct Taxes ("CBDT") explains this rather broad phrase. Until its scope is clear, it is difficult to assess the extent to which assessments covering tax issues arising from international M&A will benefit from the Scheme.

The details on the Faceless Appeals Scheme, which is to be effective from 25 September 2020 are awaited. However, if it can do anything to make the tax appeals process more efficient and swift, it would be a very welcome move.

This document sets out the Indian Income Tax department's (the "Department") expectations from and commitments to the taxpayer.

The taxpayers are expected to be honest and compliant, aware of their obligations, keep accurate records, and pay amount due as per law in time.

In turn, the Department “is committed to” being fair, courteous and reasonable, treating a taxpayer as honest unless there is reason to believe otherwise, holding its authorities accountable, aiming to resolve tax issues in a time bound manner, respecting taxpayer privacy, maintaining confidentiality, and taking into account cost of compliance when administering tax legislation.

Laudable commitments indeed, provided they have a "bite". Section 119A of the Indian Income Tax Act 1961 (introduced with effect from 1 April 2020) mandates the CBDT to "adopt and declare a Taxpayer's Charter and such orders, instructions, directions or guidelines to other income-tax authorities as it may deem fit for the administration of such Charter". While the Charter has this statutory link (which a similar Charter from 2014 (and its 2010 predecessor) did not), nothing in the Charter itself suggests that it is meant to give any “rights” to the taxpayers or impose binding obligations on the tax authorities. Hopefully, any orders, instructions, directions or guidelines issued for administering it will provide more clarity on its practical relevance for taxpayers.

All in all, while these changes were accompanied with strong buzzwords, there is little to assess whether or not they will have any real impact on making India a more taxpayer friendly jurisdiction for global businesses. At best, they show the intent to move in that direction, but as always in tax, the devil (or rather in this case, the angel) will be in the detail.

India’s amended equalisation levy: a change players in the digital economy could not have foreseen
Deeksha Rathi