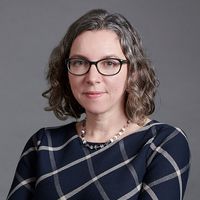 The CJEU has held in the United Biscuits case that pension fund management services provided to occupational pension schemes are not within the VAT exemption for insurance transactions. This is bad news for United Biscuits and the other taxpayers with historic claims stood behind this case, but HMRC will be relieved not to have to pay out on historic unequal treatment claims.

Origin of the United Biscuits case

The trustee of the United Biscuits’ defined benefit (DB) pension scheme claimed a refund of forty years’ VAT, arguing that a (now historic) difference in VAT treatment of DB scheme management by regulated insurers and other persons infringed the principle of fiscal neutrality.

The previous exception for insurers arose because "insurance transactions" are an exempt activity for VAT purposes.  As this term has no statutory definition, HMRC had interpreted this as including all of the activities of an insurer regulated under the Financial Services and Markets Act 2000 (see paragraph 2.2 of VAT Notice 701/36). EU VAT law, on the other hand, allows only pure insurance activity, i.e. the underwriting of specified risk for a premium, to be an exempt supply.

Under the principle of fiscal neutrality, supplies of goods or services which are identical or similar must be taxed in the same way. The trustee of the United Biscuits’ DB pension scheme argued that there was a breach of fiscal neutrality, given that regulated insurers benefited from an exemption not afforded to others. The trustee claimed a refund of forty years’ VAT paid on management fees to non-insurers which it argued should have been exempt.

Pension fund management is not insurance

When the case reached the Court of Appeal, a referral to the CJEU was made asking whether supplies of pension fund management services, as are provided to the pension trustees by insurers and/or non-insurers, are within the meaning of “insurance transactions” in Article 135(1)(a) of the VAT Directive.

Whilst unsurprising, the decision will be a blow to United Biscuits and other claimants in a similar position, as the historic unequal treatment will be allowed to stand.

The UK has frequently adopted a broader interpretation of the scope of VAT exemptions for supplies of insurance services and for supplies of financial services (at least until EU pressure forced it to narrow the scope). So, this is an area to be watched for divergence from EU law at the end of the transition period.

Please subscribe to the European Tax Blog to be alerted when new posts are published.

How far does the fiction of a deeming provision extend?
Zoe Andrews
Recent posts from European Tax Blog