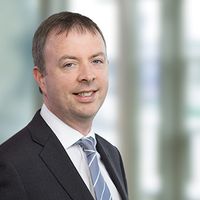 The Irish Minister for Finance, Paschal Donohue, recently published an update to Ireland's Corporation Tax Roadmap (Roadmap). The Roadmap builds on the September 2018 publication and provides stakeholders with an overview of the actions Ireland has taken since then and will take to ensure the Irish corporation tax system remains competitive, fair and sustainable.

It is clear from the Roadmap that Ireland has embraced international tax reform and is fully committed to continuing to do so, whilst reaffirming its commitment to the 12.5% corporation tax rate and ensuring Ireland remains a competitive and suitable location for future investment. The Roadmap is published at a time of significant global tax reform and it is clear on Ireland's support of the potential consensus-based, globally agreed approach of the OECD BEPS 2.0.

Summary comments in respect of the existing commitments under the September 2018 Roadmap and further proposed commitments are set out below.

Commitments fulfilled – a number of commitments from the September 2018 Roadmap have been successfully implemented such as: introduction of Controlled Foreign Company (CFC) rules, anti-hybrid rules and an ATAD compliance Exit Tax regime, ratification of the Multilateral Instrument (MLI), applying the 2017 OECD Transfer Pricing Guidelines and Mandatory Disclosure Rules, and transposition of the EU Dispute Resolution Mechanism (DRM).

Interest Limitation rules – following infringement proceedings and an issued opinion by the European Commission in 2019, the Irish Department of Finance published an initial Feedback Statement in December 2020 as to the introduction of ATAD-compliant interest limitation rules. A consultation process is ongoing and it is expected Finance Bill 2021 will transpose these new rules effective from January 2022.

Anti-reverse-hybrid rules – the anti-hybrid rules are aimed at arrangements that exploit differences in the tax treatment of a financial instrument or entity under the laws of two or more jurisdictions to generate a tax advantage (or a 'hybrid mismatch'). Whilst ATAD-compliant anti-hybrid rules were introduced in Finance Act 2019 (applying to payments made or arising on or after 1 January 2020), anti-reverse-hybrid rules must be added. The Irish Department of Finance will publish a consultation paper in Q1 2021 followed by a Feedback Statement by mid-2021, with legislation to be introduced in Finance Bill 2021 effective from January 2022.

Introduction of Territorial Regime – currently, a company that is tax resident in Ireland, is subject to Irish tax on its worldwide income and gains. A territorial system focusing on the taxation of profits earned within a particular jurisdiction could provide less complexity and greater certainty for businesses (particularly preventing double taxation on foreign dividends). A consultation is planned in 2021 and any resultant policy measures will take into account the evolving international tax landscape (BEPS 2.0).

International Mutual Assistant Bill – the Taxation and Certain Other Matters (International Mutual Assistance) Bill, when enacted, will facilitate the full ratification of the OECD/Council of Europe Convention on Mutual Administrative Assistance in Tax Matters. The draft Bill is expected to be published in the coming weeks and progress through the Oireachtas in early 2021.

Defensive CFC rules – CFC rules, implemented into Irish law in Finance Act 2018, have the effect of bringing certain income that accrues to a CFC within the charge to Irish tax by attributing that income to the CFC's Irish parent company. Finance Act 2020 amended the CFC rules in line with EU commitments to provide more strict criteria for CFCs resident in countries recognised by the EU as non-cooperative tax jurisdictions.

Additional defensive measures – proposal to launch a public consultation in early 2021 around the introduction of additional defensive measures (in addition to the existing CFC rules) linked to the EU list of non-cooperative jurisdictions. These measures may include the denial of tax deductions or imposition of withholding taxes where material payments are made from Ireland to listed jurisdictions. The objective is to introduce appropriate measures in Finance Bill 2021.

Outbound payment measures – proposal to launch a public consultation in 2021 to consider broader issues relating to outbound payments from Ireland and the country's wider withholding tax regime. The Roadmap anticipates that issues raised in this regard relate primarily to historical issues remedied by US tax reform but suggests a consultation on the issue would provide an opportunity to consider whether further action may be necessary or appropriate.

OECD approach to branches – proposal to commence work in early 2021 on extending the transfer pricing rules to the taxation of branches in Ireland in line with the Authorised OECD Approach. The intention is that necessary legislation will be included in Finance Bill 2021 with the objective of keeping Ireland's transfer pricing regime in line with new and emerging international best practice.

Exchange of information – the Roadmap notes Ireland's role to date in developing latest standards for exchange of information among tax authorities and that Ireland will continue to be at the forefront of these efforts. This includes developing the OECD Model Rules for Reporting by Platform Operators vis-à-vis the Gig and Sharing Economy, transposing the latest EU Directive on Administrative Cooperation (DAC 7) and contributing to the development of new reporting rules for crypto-assets and e-Money (DAC 8).

International reform – as the future state of the global tax framework becomes clearer, the Roadmap notes the Department of Finance will take a proactive and consultative approach with the objective of ensuring Ireland's corporation tax system is compliant with emerging standards whilst being highly competitive for real and substantial investment.

Tax treaty policy – proposal to publish a tax treaty Policy Statement by the end of 2021 to consider Ireland's broad tax treaty policy and coverage in the context of outcomes of the discussions at the OECD. The statement will have a particular emphasis on tax treaties with developing countries

International and domestic engagement – proposal to implement an annual domestic stakeholder engagement process in 2021 through which formal engagement on broader matters of interest can be facilitated. Details of this process are to be finalised in early 2021. 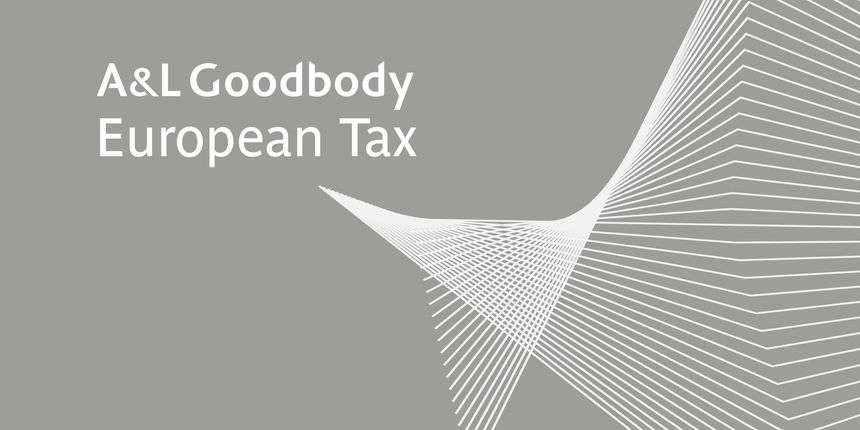