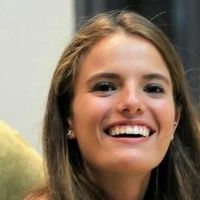 In broad terms, general anti-abuse rules tend to lead to uncertainty insofar as they are built on vague legal concepts such as the “artificiality” of a given transaction. Spanish domestic rules include two main anti-abuse rules used to tackle abusive tax practices, which are the “simulation” and the “conflict in the application of law” provisions.

In order to apply the “conflict in the application of law” rule, a special procedure must be followed and a binding report from a consulting commission obtained. Neither is required in respect of a "simulated transaction". It is also easier for the Spanish tax authorities to impose penalties in respect of a "simulated transaction"; where there is a “conflict in the application of law”, penalties may be imposed only if the relevant case is substantially similar to a previous case the adverse determination of which was public prior to end of the filing period for the corresponding tax return. It is, therefore, unsurprising that, in practice, the Spanish tax authorities tend to rely on the “simulated transaction” rule.

Having said that, the Spanish Tax Court (Tribunal Económico-Administrativo Central), a non-judicial appeal body that forms part of the Spanish tax administration, issued a decision on 15 December 2020 based on previous judgments of the National High Court of Spain (appeal no. 84/2016 of 31 October 2019 and appeal no. 232/2017 of 13 October 2020) determining which anti-abuse rule should be applied by the Spanish tax authorities when tackling abusive tax practices, such as the VAT-planning scheme explained below. The decision was in part based on the Halifax concept of abuse of law.

Fundación WV (FWV) operated in Spain as a non-profit organisation in charge of health and social care activities and, therefore, its services were mostly exempt from VAT. Due to the nature of the exempt activities, FWV had a limited right to recover input VAT, namely 1% of the VAT paid. In order to maximise the percentage of recoverable input VAT, FWV incorporated a new company (NewCo), the aim of which was to enable the full recovery of VAT at the level of FWV. The scheme included NewCo building the hospital which was then leased to FWV to carry out its health and social care activities. If FWV itself had carried out the construction activities, most of the related input VAT would have been attributed to its exempt activities and, hence, been irrecoverable. Entering into a lease agreement with NewCo enabled FWV to spread the VAT cost over time (i.e. in line with the term of the lease agreement). In the long run, assuming that NewCo charged FWV a cost-plus rent, the VAT paid by FWV as lessee would have exceeded the VAT which FWV would have borne as a developer of the hospital.

The Spanish tax authorities assessed NewCo and conclude that it had carried out a simulated transaction with the sole purpose of enabling FWV to avoid bearing the irrecoverable VAT which FWV would have incurred but for NewCo. As a result, NewCo was denied the right to recover its input VAT.

The Spanish Tax Court voided the assessment. The decision cited several judgments of the Court of Justice of the European Union (CJEU) concerning the abuse of law doctrine, which was extended to the VAT field in the Halifax, University of Huddersfield and Weald Leasing cases.

Halifax, a landmark case in the field, concerned the implementation of aggressive VAT-planning schemes knowingly designed and entered into for the exclusive or principal aim of gaining an advantage by obtaining the right to recover input VAT. The CJEU used a two-step test to determine if there had been an abuse of law: the objective test as to whether a legal position was used for a purpose contrary to the objective for which it was granted and the subjective test as to whether the essential aim of the transactions concerned was to obtain a tax advantage.

In view of the CJEU abuse of law doctrine, the Spanish tax authorities challenged NewCo’s right to deduct input VAT due to the purely artificial nature of the transactions and the legal, economic and personal links between the entities involved in the scheme, the sole purpose of which was to obtain an improper refund of VAT at the NewCo level and deferment of VAT cost at the FWV level. Consequently, the Spanish tax authorities decided to apply the simulation provision by “ignoring” the “simulated structure” and subjecting all hidden transactions to tax, without the need to follow any special or separate procedure, which would have been required if the scheme had been challenged under the “conflict in the application of law” rule.

The Spanish Tax Court referred to the Spanish Supreme Court judgment of 2 July 2020 (appeal no. 1433/2018), which concluded that the general anti-abuse rules must be used for their intended purposes, observing the procedures specifically defined for each of them – i.e. when dealing with classification alone one cannot seek all the same consequences that apply in the case of a conflict in the application of law or simulation. The judgment stated that “They are not, in other words, interchangeable”.

In light of the foregoing, the Spanish Tax Court concluded that, provided a real transaction was performed (as opposed to a simulated transaction), the procedure to be followed in the case at hand was the “conflict in the application of law special procedure”. As a result, the Court rendered the assessment of the Spanish tax authorities void.

As a conclusion, this tax practitioner wishes to believe that, from now on, the Spanish tax authorities would not be able to focus exclusively on the economic substance in the sense that the transaction is merely set up for obtaining a tax advantage; instead the tax authorities will have to rely on the circumstances of the transaction at issue in order to apply the appropriate anti-abuse rule, if any. Consequently, it seems that the Spanish tax authorities’ former practices to circumvent the application of the relevant special procedure attached to the "conflict in the application of law" rule have hopefully come to an end.

The existence of a tax saving may not, by itself, trigger the application of an anti-abuse rule. The substance over form doctrine generates an unacceptable level of uncertainty for taxpayers, as the law does not function as a guide to (the taxpayer’s) conduct