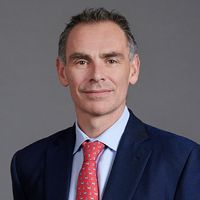 TLDR – yes, it seems he has. The Chancellor is still trumpeting the rate as the lowest in the G7, even after the rise. But for those watching as the effective corporate tax rate shoots up above those of many of the UK’s competitors, the impact on the UK’s ability to attract and retain investment in a post-Brexit and (hopefully) newly vaccinated world remains to be seen.

Back to the beginning...

I qualified into tax in 2002 when the UK corporation tax rate was 30%.  And over the course of my career I’ve got used to the approach of reducing the headline corporation tax rate whilst broadening the taxable base so that the effective tax rate remains roughly the same.  Politicians love a low or competitive headline rate just as much as tax justice campaigners like to rail against the “race to the bottom”.  Whilst businesses usually just want a stable effective tax rate broadly in line with their international peers and market expectations and no real surprises.

It first happened (for me) in Budget 2007 when Gordon Brown reduced the headline rate from 30% to 28% from April 2008 “making it the most competitive rate in the G7 and other major economies” according to p. 6 of the Budget Report that year. But you only have to flip to the table on p. 13 to see the “smoke and mirrors” in action.  Lines 1 and 2 show that the cost of reducing the headline rate was more than paid for by “simplifying” capital allowances, by reducing the rate of writing-down allowances from 25% to 20%.

Budget 2010, the first from the Liberal Democrat-Conservative coalition, announced a reduction from 28% to 24% over 4 years from April 2011 to “create the most competitive corporate tax system in the G20”.  Again that was largely offset by a further reduction in capital allowance rates.  But it’s been a continuing theme since, as the rate slowly ticked down to its current 19% (and almost made it to 17%).  Any predicted reductions in the corporation tax take as the result of a headline rate reduction have generally been more than offset by predicted rises as a result of other changes including the introduction of the corporate interest restriction, the hybrid mismatch rules, restrictions on the use of carried-forward losses and the withdrawal of indexation allowance to name but a few.

So, with the announcement that the UK’s corporation tax rate will be going up from 19% to 25% in April, 2023, is the same true in reverse?  The answer, it seems, is no.  This time, it’s real and the change in the headline rate is expected to be broadly mirrored by a corresponding increase in corporation tax receipts.

What’s the difference between nothing and nil? A tax deduction!
Mike Lane