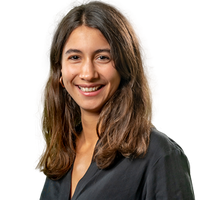 The new Ruling confirms the tendency of the Spanish Supreme Court to endorse equal tax-treatment rights on the basis of the EU principle of free movement of capital for those non-Spanish resident entities that are in an “objectively comparable” situation to Spanish resident entities entitled to domestic tax benefits, such as an exemption from tax or a reduced Corporate Income Tax rate.

The Spanish Social Security Reserve Fund is a governmental fund which is fully exempt from Spanish Corporate Income Tax on its worldwide income. Formed in 2000, it is a sovereign fund the main purpose of which is to meet the future needs of the Spanish social security system in terms of contributory benefits (retirement, illness, etc.).

By contrast, non-Spanish sovereign wealth funds are fully subject to a 19% Spanish-source dividend withholding tax, unless the relevant tax treaty states otherwise. Such funds are taxable at the standard 19% or 24% tax rate on other Spanish source income.

On the basis of this inequality (i.e. discrimination) in the taxation of dividends, back in 2010 (!) the Norwegian Government Pension Fund Global (one of the world’s largest sovereign funds), which is managed by Norges Bank, the Norwegian Central Bank, submitted a request to the Spanish tax authorities seeking a refund of the withholding tax charged on Spanish source dividends. The refund was denied. But this decision was overturned, first by the Spanish High Court (Audiencia Nacional) and, after a subsequent appeal, by the Spanish Supreme Court, on the basis that the Spanish tax rules were not in compliance with the EU principle of free movement of capital.

According to the Spanish Supreme Court, sovereign wealth funds are subject to the same regulations as other market players – including tax rules and EU law – when they act as investors in the capital markets. In this regard, non-Spanish resident sovereign funds, regardless of whether they are resident or not in the European Union or the EEA, will be exempt from tax on Spanish source dividends provided that (i) they are in an “objectively comparable” situation to an exempt Spanish sovereign wealth fund, and (ii) that there is no general public-interest reason – other than the obtaining of tax revenue – that would justify the difference in tax treatment.

It is significant that the High Court ruling undertook an in-depth analysis of the nature, functions and form of management of the Government Pension Fund Global in order to verify that, as the fund claimed, it was objectively comparable to the Spanish Social Security Reserve Fund and was, therefore, entitled to the same tax treatment.

We must highlight that the Spanish Supreme Court confirmed this view as the Government Pension Fund Global included as one of its goals the Norwegian State’s long-term savings for the purpose of covering future pension liabilities. However, a significant reference was made by the High Court to the ECJ ruling in case C-485/14, which dealt with an exemption from French gift tax that benefited, among others, public agencies and the State of France, as well as those agencies of the EU and the EEA, but which did not apply to other states and their agencies. The ECJ concluded that such discrimination was contrary to the principle of free movement of capital. This ruling is extremely significant as, under the Spanish CIT rules, the Spanish State and its agencies are exempt from tax and so, one could conclude, other sovereign states and their public agencies should likewise be exempt.

The Ruling is extremely significant because of its scope and far-reaching consequences, which go beyond the taxation of dividends earned by sovereign wealth funds. The following conclusions must be drawn: