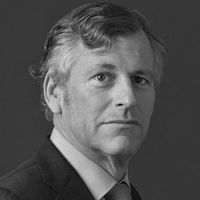 On 4 March 2021, the Dutch government presented a draft bill for comments by interested parties introducing fundamental changes to Dutch transfer pricing rules. If enacted, the new rules would apply as of 1 January 2022, with material retroactive effect to 1 January 2017 in certain cases.

In the Netherlands, the basis for corporate income tax is the objectified profit of the corporate taxpayer. Taking the results of all commercial activities and transactions of the taxpayer as a starting point, these results are then adjusted for any non-arm's length elements. These adjustments – whether positive or negative – are made irrespective of whether other parties involved with the activity or transaction apply a corresponding, opposite adjustment of their taxable basis. These resulting 'modified' profits of the corporate taxpayer form the basis for the levy of Dutch corporate income tax.

These adjustments can be made both to ordinary profit items, such as interest, royalty and fee income and expenses that would directly impact the taxpayer's annual taxable profit as well as to capital transactions that would result in adjusted (deductible) depreciation and amortisation costs and adjusted future capital gains and losses of the taxpayer. In the past, in many instances, the Dutch Revenue Service actively engaged with (future) corporate taxpayers in confirming adjustments for future years through advance tax rulings. The so-called informal capital rulings, in particular, became a key component of the Dutch tax practitioner's toolbox. These rulings not only contained an agreement regarding the fair market value of – often intangible – assets transferred to a Dutch group company, but also regarding the mechanics of the annual amortisation or depreciation of the asset.

In 2019/20, a study was carried out at the request of parliament by an expert committee, reviewing the corporate tax position of multinationals. The resulting recommendations of the committee - aimed at introducing more 'fairness' in the application of the corporate income tax act to multinationals - included the non-application of downward transfer pricing adjustments in cases where the counterparty would not be subject to a corresponding opposite adjustment of its taxable base.

The present proposal, currently open for public consultation, implements this recommendation of the committee by fundamentally modifying the general principles of the objectified profit base. This modification introduces a new requirement for negative – downward - adjustments to the taxable base founded on the objectified profit principle; only if and to the extent the taxpayer can establish that its counterparty includes a corresponding positive – upward – adjustment to its taxable base. A downward adjustment can be either in the form of increased expenses or reduced benefits as compared to the expenses or benefits that follow from the agreed terms of the 'off-market' transaction. In the case of a capital transaction, an upward adjustment to the commercially agreed acquisition cost of an asset, resulting in an increased depreciation or amortisation benefit over time, would be subject to the same burden of proof for the taxpayer.

The proposal is drafted as a sequel to the general transfer pricing corporate income tax provision. The proposed modification only applies, therefore, to adjustments in the context of activities or transactions between parties that are 'related' as defined in this general provision, generally where there is either a shareholder's relationship or a certain level of control. Thus, absent a qualifying relationship, the present objectified profit rules will continue to apply in full.

According to the official (draft) commentary on the proposal, a taxpayer would have met the required burden of proof to claim a negative adjustment where it has established that the counterparty resides in a country that levies a corporate income tax and a corresponding positive adjustment is included in the taxable base of its counterparty.

On the other hand, the corresponding inclusion test would be met where the positive adjustment would be subject to taxation at a rate different from the Dutch headline corporate income tax rate (25 %); even where that other rate would be 0%!. The test would also be met in the case of a full objective exemption of the positive adjustment, or effective non-taxation thereof as a result of tax losses or other tax attributes. Finally, in the case of a counterparty resident in a tax haven without any corporate tax at all, the Dutch taxpayer would automatically fail the corresponding inclusion test. Note that the acquisition of an asset from a tax haven affiliate at fair value would continue to offer full amortisation or depreciation benefits.

Is the game worth the candle?

As stated, the proposal represents a fundamental breach of one of the cornerstones of the Dutch corporate income tax system, the 'objectified profit principle'. According to the Ministry of Finance's press release, the annual additional tax revenue raised through the proposal would be €173 million. This represents less than 1 % of the projected - pandemic impacted -  2021 corporate income tax yield. Furthermore, many cross-border structures that were set up in the past by multinational groups relying on the benefits of negative adjustments in the Netherlands under the objectified profit principle have already lost their attractiveness.  This is either as a result of the introduction of more comprehensive transfer pricing rules by other countries, e.g. the introduction by Ireland of transfer pricing rules in the case of interest free intra-group loans or more fundamental tax reforms, notably the 2017 Tax Cuts and Jobs Act in the US. Separately, the ongoing OECD initiatives for further transfer pricing harmonisation also reduce the attractiveness of the - admittedly sometimes aggressive - tax planning of the past. In light of this it should be reconsidered whether to infringe in such fundamental fashion.

Furthermore, this fundamental breach is in itself asymmetrical. In the absence of a successful positive inclusion test, a negative adjustment would be denied to the Dutch corporate taxpayer, whilst a taxpayer would still have to apply a positive adjustment to its taxable base in the Netherlands in case its counterparty was denied a corresponding negative adjustment in its country of residence! It might be considered whether this lack of balance is appropriate, especially in cases where the affected transaction has a valid business purpose.

Inevitably, under the proposed application of the burden of proof in respect of the positive inclusion test, taxpayers that are in economically and commercially identical positions will be taxed differently, as a result of technical differences at the level of the taxpayer's counterparty. Apart from the fact that such a distinction may very well be in conflict with primary EU law, it is questionable whether such unequal treatment is desirable.

The proposal only addresses the lack of a positive adjustment by the counterparty in the case of the acquisition of an asset from that counterparty. At the same time, upon migration of a non-resident company to the Netherlands, a step-up to fair market value, with the resulting depreciation/amortisation benefits for Dutch corporate income tax purposes, would continue to be available. This step-up is based on another leading principle, the 'total profit concept'. It is hard to understand why the sale below fair value by a tax haven affiliate of e.g. intangibles to a Dutch taxpayer would trigger the denial of a negative adjustment whilst the migration of the same tax haven vehicle to the Netherlands would still result in full benefits.

...the proposal represents a fundamental breach of one of the cornerstones of the Dutch corporate income tax system, the 'objectified profit principle'. 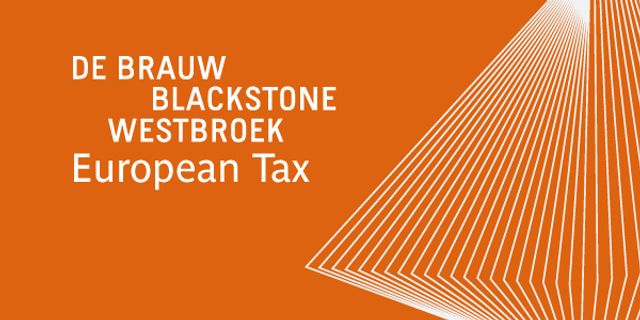