This browser is not actively supported anymore. For the best passle experience, we strongly recommend you upgrade your browser.
All Posts Subscribe
April 16, 2021 | 8 minutes read

The long-awaited Euromoney decision has finally appeared. But is it right? 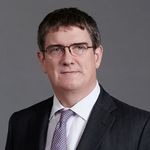 For much of last year, Euromoney was paired with Blackrock as a potentially ground-breaking case focusing on a statutory purpose test. Both have now resulted in victory for the taxpayer, through the agency of Kevin Prosser QC, and both show yet again the importance of factual evidence in any purpose case. Moreover, they are both examples – of which there are not many – where the First-tier tribunal (FTT) has found for the taxpayer even though it concluded that there was a “bad” purpose. But, in both instances, I fear we will have to await further developments before drawing any very firm conclusions on the central technical issues.

Euromoney was heard by the FTT in May last year and even the publication of the judgment – which is dated 4 March 2021 – seems to have taken a number of weeks. The long gestation does not make the judge’s explanation of the transaction any easier to follow. But the question at the heart of the case is clear enough: was a share-for-share exchange part of arrangements which had a main purpose of avoiding tax on the disposal?

The taxpayer proposed to sell its 50% stake in a trading company, CDL, and its 48.4% stake in another, CNL. For commercial reasons, it aimed to receive as much of the consideration as possible in the form of equity in the buyer, whereas the buyer wanted to include a material element of cash.

The parties initially settled on consideration totalling $85m, consisting of a 15.5% equity holding in the buyer plus cash of $21.2m for the CDL stake, and cash of $4.56m for the CNL stake.

The sale of CNL would qualify for the substantial shareholding exemption (SSE) in the normal way, ensuring there was no tax charge for Euromoney. However, Euromoney had been receiving its return from CDL as a licence fee and, for that reason, had not been entitled to receive a dividend on its shares. Though the judge doesn’t say so, this must have meant the SSE was not available on the CDL disposal since Euromoney was not entitled to 10% or more of the profits available for distribution to CDL’s equity holders.

So while the exchange for equity would qualify for rollover (as a tax-free “reorganisation”) under s135 of the Taxation of Chargeable Gains Act 1992 (TCGA), any cash consideration paid for the CDL stake would have been taxable.

Section 135 is disabled by s137 TCGA if the transaction forms part of arrangements which have a tax avoidance main purpose; and s138 TCGA allows a taxpayer to request confirmation from HMRC that they consider s137 does not operate to disapply s135.

Euromoney clearly believed that only the exchange of CDL shares for the preference shares was vulnerable under s137 and there was, therefore, no downside to the plan of replacing the cash part of the consideration with a preference share issue. But when it applied for clearance under s138, HMRC argued that the entire exchange fell foul of the purpose test in s137; on this basis, rather than saving £2.8m of tax, the inclusion of the preference shares in the deal would have cost Euromoney £7.7m.

Section 137 says that neither s135 nor section 136 TCGA (which provides for rollover in respect of schemes of reconstruction) applies “to any issue by a company of shares … in exchange for or in respect of shares in … another company unless the exchange or scheme of reconstruction in question is effected for bona fide commercial reasons and does not form part of a scheme or arrangements of which the main purpose, or one of the main purposes, is avoidance of liability to capital gains tax or corporation tax”.

The taxpayer didn’t deny that the only reason for the switch from cash to preference shares was the intended tax saving. The argument therefore centred on whether achieving the saving was a main purpose of the “arrangements”, and whether it amounted to avoidance.

The leading case in this area is Snell, which went to the High Court in 2006. The taxpayer, an individual, sold 91% of a company in return for loan notes and sought to roll over his gain into them. He left the UK a few months later and then had the loan notes redeemed, realising the gain offshore.

The Special Commissioners had found that the emigration and redemption were in contemplation at the time of sale and on this basis the judge agreed that s137 applied: section 135 was intended to provide for the deferral of tax, not its elimination, so the arrangements did indeed aim to “avoid” capital gains tax.

Euromoney’s plan could be characterised as turning a shareholding that did not qualify for SSE into one that did. On that view, and applying the Willoughby  test of avoidance, it is not quite so clear that this conflicted with the evident intention of Parliament; certainly, there was no direct equivalent of the taxpayer’s emigration in Snell. But, while the FTT’s analysis here is a little odd, its conclusion that Euromoney had avoided tax is not altogether surprising.

The more interesting aspect of Snell is the identification of the “arrangements”, a question which has received remarkably little judicial attention. The FTT quotes the two stage approach to s137 that was recommended by the judge in Snell: (1) was the exchange part of arrangements and if so, what were they? (2) did the purposes of the arrangements include a main purpose of avoiding capital gains tax?

This might suggest an expansive, “commercial”, view of the arrangements. However, the judge in Snell cited a dictionary definition of “an arrangement” as “a structure or combination of things for a purpose” and he homed in, as the Special Commissioners had done, on the tax-motivated steps: the issue of the loan notes, the emigration and the redemption. Thus, even though s137 asks whether the “exchange” forms part of tax avoidance arrangements, both the judge and the Special Commissioners appear to have ignored the (entirely commercial) sale of the 91%, being the first limb of the exchange. Not surprisingly, they then concluded that avoidance of capital gains tax was the main, indeed the only, purpose of the arrangements.

Having heard evidence from Euromoney’s Group MD and the tax director, the FTT made some findings of fact that were very helpful to the taxpayer. In particular, it said this: “The potential tax saving from their preference share request was not important to Euromoney, who regarded it as no more than a bonus”. Indeed, this alone might seem sufficient to decide the issue. But the judge clearly meant that the saving was not important to Euromoney in the context of the overall deal. So the case can be boiled down to this: is it right to consider the overall deal, or should the “arrangements” be viewed more narrowly?

HMRC of course argued for the latter, focusing only on the preference share element of the CDL transaction; and if this was right, the FTT acknowledged that s137 would apply. By contrast the taxpayer cast the net as widely as possible, to encompass its sale of the shares in both CDL and CNL, all three elements of consideration, its “plan to retain its equity holding in [the buyer] … with a view to obtaining the benefit of the projected increase in value”, and its plan to have the preference shares redeemed after 12 months.

The parties agreed that the “exchange” consisted of the transfer of the CDL shares in return for the ordinary and preference shares; this conclusion seems correct, and HMRC had to sign up to it if they were to claim tax on the whole of Euromoney’s CDL disposal. Since s137 applies only if the “exchange” forms part of tax avoidance arrangements, one might then think that the arrangements must include all elements of the exchange.

The FTT accepted this. Indeed, it adopted the taxpayer’s formulation to the effect that the arrangements must be considered “as a whole”, relying in part on the hallowed House of Lords decision in Brebner, and it referred to the total consideration of $85m; this suggests it accepted the taxpayer’s very expansive view, including the bold contention that the s137 arrangements included the sale of CNL.

The waters are muddied here by Coll, which was heard a few years after Snell but involved the same basic scheme. In Coll, the Upper Tribunal (UT) said that s137 operates on an all-or-nothing basis: if X and Y each sell half of a company for loan notes, s137 must apply to both of them or neither. This could have surprising consequences and suggests that the drafting of s137 is flawed, but it may well be right; one argument in its favour is that, under s136, a scheme of reconstruction will cover all participating shareholders or none of them. Nevertheless, the UT followed Snell in ignoring the fundamental commercial step – the sale of shares – when it identified the arrangements.

The FTT distinguishes Snell (and, by implication, Coll) on the basis that, in that case, the loan notes represented the vast majority of the consideration, whereas in Euromoney the preference shares were only one quarter of the consideration (or less, if the CNL disposal is factored in). I find this unconvincing.

I would say there are three possible approaches to the identification of the s137 arrangements:

The proportion of the consideration that is tax-driven is likely to be relevant in assessing whether, as a factual matter, the tax saving is a main purpose, but I do not see that it can determine the correct approach to identifying the arrangements.

On approach (3), the FTT was bound to find for the taxpayer: the saving obviously wasn’t important in the context of the deal as a whole, factoring in all of the elements identified by the taxpayer. Under (1), the taxpayer would inevitably lose. So, the interesting case is (2), but this is much closer in effect to (3) than (1) and, on the FTT’s findings of fact, it still seems right to conclude that the intended saving of £2.8m was no more than a “nice to have”.

Where does this leave us?

Without strong authority on the point (which Snell and Coll do not expressly provide), it would be a brave FTT which adopted approach (1), picking some elements of the exchange and ignoring others in applying s137. So to answer my question in the headline of this post, while I would query some of the analysis I think the judge probably did reach the right conclusion.

It would certainly be good for these issues to receive senior judicial scrutiny. They are important both in the context of s137 and for “arrangements” tests more generally. Whether Euromoney will itself provide this is unclear: HMRC may be so disheartened by the FTT’s factual findings that they abandon the fight.

So the case can be boiled down to this: is it right to consider the overall deal, or should the “arrangements” be viewed more narrowly?