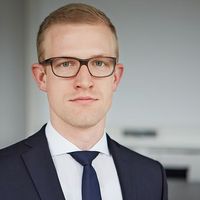 The German Ministry of Finance has published guidance on the transitional provision with respect to the revised German Real Estate Transfer Tax (RETT) provisions which became effective as of 1 July 2021 (see this earlier post). It provides welcome clarification in respect of some, but not all, questions around the transitional provision, and key questions on the new substantive provisions are not yet addressed (we will have to wait for further substantive guidance expected to be issued later this year).

In general, the new law applies to all transactions executed after 30 June 2021. Additionally, the new exemption for transactions on authorized stock exchanges is applicable to all open cases.

Transitional provision re the Partnership Rule

Under the Partnership Rule, the transfer of at least 90% (previously 95%) of the interest in a real estate-holding partnership within ten (previously five) years to new partners triggers RETT upon completion of the transfer.

The old Partnership Rule (95% threshold and five year period) remains applicable until 30 June 2026 for cases in which 90% or more but less than 95% of the partners of a real estate-holding partnership have changed prior to 1 July 2021. If an additional interest transfer occurs after 30 June 2021, the new Partnership Rule would not apply given the 90%-threshold was already reached as of 1 July 2021. However, the old law remains applicable and RETT may be triggered pursuant to the 95%-threshold.

Under the new Corporation Rule, share transfers should be relevant only if they take place after 30 June 2021. For that purpose, the guidance confirms that any shareholder which already holds a participation in the corporation under old law, i.e. as at 30 June 2021, should be considered an "existing shareholder" for the new Corporation Rule, irrespective of the stake of their shareholding and the time of the acquisition (see example 10 in the guidance).

If the 90%-threshold is reached under old law, but the interest or shares in a real-estate holding partnership or corporation was below 95%, the relevant threshold under old law is not reached yet. If such participation is increased after 30 June 2021, the new law would not be applicable given the 90%-threshold has already been reached. Similar to the Partnership Rule, the old law (including the 95%-threshold) continues to apply, however without any limitation time-wise, and RETT is triggered under old law if the participation reaches the 95%-threshold.

Exemption provisions for transfers from partners to partnerships or vice versa

With respect to the exemption provisions pursuant to section 5, 6 and 7 of the German RETT Act, the guidance confirms that if the (old) holding period of five years had already expired as of 1 July 2021, the new law does not apply.

Although the recently published guidance confirms a couple of questions with respect to the transitional provision, some questions remain open. For instance, it would have been appreciated, if the guidance had explicitly stated that, in respect of transactions where signing took place before 1 July 2021 but closing (i.e., the actual share transfer) occurred after 30 June 2021, RETT is not triggered twice.

Further, the new exemption provision for transactions on authorized stock exchanges raises practical questions, in particular how a German corporation should monitor transactions of its shareholders or even OTC transactions. Finally, it is currently unclear whether the German tax authorities will apply the same principles already laid out with respect to the Partnership Rule also to the new Corporation Rule.

So far, only guidance on the transitional provisions has been issued, whereas the highly anticipated guidance on the actual application of the new Corporation Rule (and the new exemption for transactions on authorized stock exchanges) is still outstanding, but expected to be issued in the course of this year. Therefore, it remains to be seen whether the German tax authorities will provide answers to the questions left open.

So far, only guidance on the transitional provisions has been issued, whereas the highly anticipated guidance on the actual application of the new Corporation Rule (and the new exemption for transactions on authorized stock exchanges) is still outstanding, but expected to be issued in the course of this year. Therefore, it remains to be seen whether the German tax authorities will provide answers to the questions left open 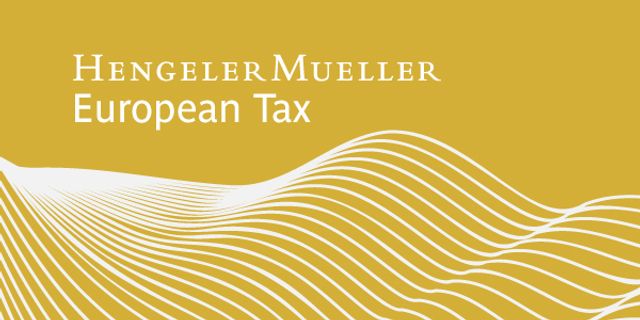