This browser is not actively supported anymore. For the best passle experience, we strongly recommend you upgrade your browser.
All Posts Subscribe
September 1, 2021 | 4 minutes read 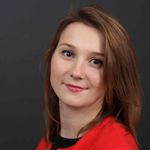 Back in 2012, the Spanish Government approved a tax amnesty by means of which Spanish tax residents could regularise their tax situation by giving details of any undeclared assets and income they held abroad and pay tax at a reduced rate of 10% without tax penalties. At the same time, the Government imposed an obligation to submit a yearly declaration of assets held abroad via tax form 720. A failure to comply with this obligation is considered a serious offence with high penalties.

In 2019, the European Commission initiated an infringement procedure against Spain (Case C-788/19 Commission v Spain) in the context of which the ECJ will rule whether or not the Spanish regime is contrary to EU law. The decision is expected at the end of this year, but Advocate General Henrik Saugmandsgaard Øe has already delivered his Opinion.

Tax form 720 and the sanctioning regime

Spanish tax residents must declare bank accounts, shares, certain insurance products and real estate property that they hold outside of Spain if the value of any of these groups of assets exceeds EUR 50,000. The obligation to declare this information by filing tax form 720 was came into force in 2013 (or otherwise the year after an individual becomes a Spanish tax resident) and the information must be updated on a yearly basis if the value of each individual category of assets has increased by more than EUR 20,000, or whenever the Spanish tax resident has sold any previously declared asset.

The failure to comply with this obligation correctly or on time gives rise to a series of tax consequences and penalties that made voluntary disclosure particularly attractive during the tax amnesty.

Undeclared assets (or even those that have been declared late) are considered unjustifiable income and their full value is added to the Spanish resident’s taxable income for the first tax year open to inspection (and in the case of individuals, at a tax rate that is nearly double the ordinary rate applicable to capital gains). This rule applies unless the taxpayer can prove that the assets had been acquired prior to their becoming a Spanish tax resident, or were acquired with income that had already been declared to the tax authorities. In addition, the Spanish tax authorities may impose a tax penalty equivalent to 150% of the tax payable for the unjustified income.

The infringement procedure and the AG’s Opinion

The European Commission considers that the three measures approved by the Spanish Government in 2012 infringe several articles of both the TFEU and the EEA Agreement (specifically those regarding the “four freedoms” of the single market).

The AG’s Opinion focuses on the potential restriction on the free movement of capital and whether the Spanish measures are justified and proportionate to prevent tax fraud. Essentially, he considers that the European Commission has only succeeded in proving that the Spanish regime as applied to newly opened bank accounts (i.e. those opened after 1 January 2016), and the fixed penalties for all assets, are contrary to EU law.

Although the AG’s Opinion has disappointed Spanish taxpayers and their advisors, one must remember that the ECJ has yet to issue its decision. Should the ECJ follow the Opinion strictly, the fact that most of the conclusions are based on the Commission’s failure to challenge the measures leaves the door wide open to new claims. In fact, the High Court of Justice of Catalonia has recently filed a request for a preliminary ruling with the ECJ (C-330/20) regarding the total absence of a limitation period.

Subscribe to the blog to be notified when further posts on this matter and other developments are published.