This browser is not actively supported anymore. For the best passle experience, we strongly recommend you upgrade your browser.
All Posts Subscribe
January 5, 2022 | 6 minutes read

The Spanish minimum 15% CIT rate: at the vanguard of the OECD/IF tax reform or in breach of a global agreement? 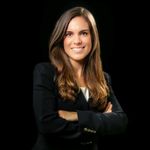 According to the Spanish tax authorities, the measure is at the forefront of the international tax reform recently agreed by 137 countries and jurisdictions under the OECD/G20 Inclusive Framework (IF) on BEPS, to stop the “race to the bottom” on tax competition for large multinational enterprise (MNE) groups. However, one look at the Spanish minimum CIT rate reveals that this is far from the case. There are key differences between the Spanish minimum CIT rate and the global tax reform, and the prospect of a premature introduction of the measure could undermine existing tax incentives to promote innovation and employment as well as certainty in the Spanish tax system, and distort competition.

Certain Spanish resident CIT taxpayers and Spanish permanent establishments will now be taxed on their profits at an effective tax rate of, at least, 15% of the entity’s taxable profits before deductions and other tax credits (with certain exceptions). Taxable profits are calculated by adjusting the accounting result according to CIT rules (e.g. by applying exemptions, disallowing specific expenses, modifying impairments, or offsetting prior years’ loss carry-forwards).

Exceptionally, certain tax credits, such as deductions to avoid double taxation and those for public services and port authorities, as well as tax incentives to promote business in particular regions, such as Ceuta, Melilla and the Canary Islands, are excluded from the scope of this measure and will continue to apply as before. Other tax credits (e.g. deductions for R&D, cinema and audio-visual productions or the creation of employment) will only be applicable to the extent that the tax due, after applying the “allowed” tax credits, does not fall below 15% of the taxable profits. Excess tax credits may be carried forward.

The Spanish minimum CIT rate applies to CIT payers with an annual net turnover of at least EUR 20 million in the preceding year, and to all tax consolidated groups regardless of turnover, as well as to Spanish permanent establishments. Some exceptions are made for specific entities enjoying zero or reduced CIT rates, such as NGOs, CIUs, real estate investment companies, open-ended variable capital investment companies and entities applying the Spanish REIT regime. The minimum CIT rate is reduced to 10% for newly created entities and increased to 18% for financial institutions and the hydrocarbon sector.

The OECD/IF global agreement proposes, in essence, a global minimum tax for MNE groups through which states may tax profits earned in other jurisdictions that are not subject to a minimum level of taxation. As explained in previous posts (see e.g. Global minimum tax model rules by Zoe Andrews), this combines two inter-locking rules (the GloBE rules) an income inclusion rule (IIR) whereby states can levy taxes on resident parent companies in respect of profits generated by foreign subsidiaries and, as a backstop, an undertaxed payment rule whereby states can increase the tax burden on resident subsidiaries (e.g. through denying deductions) by reference to a portion of the low-taxed income of subsidiaries resident in a different jurisdiction which is not subject to an IIR in the parent’s jurisdiction.

The GloBE rules will apply to MNEs that meet the EUR 750 million threshold as determined under BEPS country-by-country reporting. Specific types of companies (e.g. government entities, international organisations, NGOs) are excluded. The proposal sets out a formulaic substance-based carve-out that excludes an amount of income representing 5% of the carrying value of tangible assets and payroll (with a ten-year transitory regime) and a de minimis exclusion for those jurisdictions where the MNE has revenues of less than EUR 10 million and profits of less than EUR 1 million. The final version of the rules may include safe harbours or other mechanisms to simplify administration and compliance.

Apart from both being 15%, the Spanish minimum CIT rate and the global minimum tax have nothing in common and produce entirely different outcomes.

The Spanish minimum CIT rate is simply a floor for the taxation of profits generated by Spanish resident entities, whereas the OECD proposal would allow states to tax profits of other group entities located in low-tax jurisdictions and include them in the corporate taxation of their residents. The type of profits which will be targeted under each set of rules is completely different: the Spanish rules tax resident entities’ profits, while the OECD proposal taxes the profits of entities which are not resident for tax purposes in the taxing jurisdiction.

The Spanish minimum CIT rate does not even follow the rationale of the GloBE rules in that it could be regarded as preventing other jurisdictions from taxing Spanish income (i.e. if the minimum CIT rate did guarantee that Spanish entities were taxed at a rate of at least 15% and, accordingly, “protected” from the scope of the GloBE rules). That could have been achieved if the Spanish legislator had designed the measure in similar terms to the OECD proposal. Just a quick glance at the configuration of the Spanish minimum CIT rate is, however, enough to realise that this has not happened. The Spanish minimum taxation is calculated at 15% of the taxable base minus the “allowed” deductions (e.g. those aimed at avoiding double taxation). In contrast, the OECD proposal applies a 15% rate not to the taxable base, but to what is called the GloBE base, which is the result of applying GloBE adjustments to accounting profits.

The Spanish minimum CIT rate goes beyond what would be necessary to guarantee that Spanish CIT taxpayers within the scope of the GloBE pay a minimum of 15% in tax. Its scope is significantly wider than the GloBE rules as it includes (i) not only MNEs, but also purely domestic groups, (ii) all companies subject to the tax consolidation regime, and (iii) stand-alone CIT taxpayers with an annual revenue higher than EUR 20 million, which is significantly lower than the GloBE’s EUR 750 million threshold.

Neither is there alignment between carve-outs. While the global agreement establishes a substance-based carve-out whereby part of the low-taxed income is excluded according to a fixed percentage of tangible assets and payroll costs, the Spanish minimum CIT rate does not include any rule which could follow a similar approach. Instead, it protects specific tax incentives to conduct business in particular regions. It is yet to be seen whether those regional schemes will be protected as well under GloBE rules in the safe harbours (that are yet to be determined) or in the substance-based carve-out (which will depend on the level of qualifying costs of the affected companies).

What can we expect for the years to come?

If these discrepancies were not enough, the approval of the Spanish minimum CIT rate may have already infringed the GloBE rules, which we must not forget are an international common approach and which may even become compulsory under the proposed EU Directive. If so, Spain could be required to reform its minimum taxation measure just one year after it enters into force.

As such, 2022 could be a year in which deductions to promote employment and R&D activities in Spain are hit hard, if not by the application of the minimum CIT rate, by the legal uncertainty brought about by a measure that could be modified in the near future.

This uncertainty threatens to jeopardise the achievement of overriding tax policy goals, such as promoting employment and innovation in Spain. 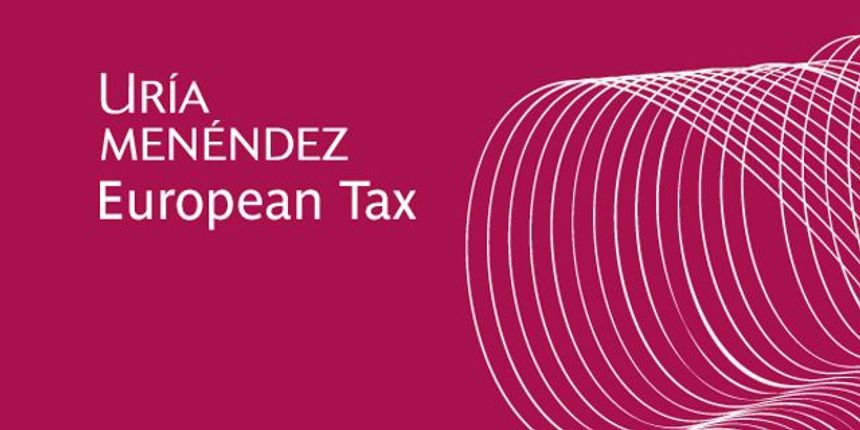