This browser is not actively supported anymore. For the best passle experience, we strongly recommend you upgrade your browser.
All Posts Subscribe
April 14, 2022 | 1 minute read

Third party access to documents in the courts and tribunals 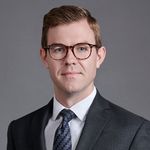 Taxpayers bringing appeals against HMRC in the First-tier Tribunal (Tax Chamber) (the FTT) are rightly concerned to mitigate the risk that documents relating to their appeals which contain confidential or commercially sensitive information are not accessed by third parties, such as competitors, the media or support groups.

This is particularly acute in the FTT for two reasons. First, taxpayers will almost inevitably carry the evidential burden of deciding which documents they rely on to prove their case (in contrast to mutual, and wider, disclosure obligations in commercial claims). Secondly, the subject matter of any tax dispute will frequently go to the heart of a taxpayer’s business (rather than be confinable to a particular contract or point of dispute).

In practical terms, when bringing appeals in the FTT, taxpayers should be cognisant that nearly all documents utilised in the appeal may be sought by third parties for commercial, journalistic or other purposes. Pleadings and skeleton arguments are the most commonly sought documents by third parties and the FTT’s inherent jurisdiction means there will always be a risk that documents containing commercially sensitive or confidential information may be obtained by those third parties upon an application. If a hearing has taken place or is soon to take place, a third party applicant will be in a stronger position in bringing an application for access to documents relating to that hearing. Taxpayers seeking to prevent such access must therefore be prepared to promptly challenge and test the legitimate interests of third parties and, in the event a taxpayer’s efforts are unsuccessful, be prepared to deal with the fallout of those documents potentially being made public. Ultimately, taxpayers must clearly distinguish between those documents they might wish to rely on to best present their appeals and those documents which they are content in practice to deploy.

Our recent briefing discusses the implications of a recent decision in more detail.