This browser is not actively supported anymore. For the best passle experience, we strongly recommend you upgrade your browser.
All Posts Subscribe
May 20, 2022 | 4 minutes read

One of the consequences of the entry-into-force of the Italian requirement for virtual asset service providers (VASPs) and e-wallet providers to register with the Italian authority overseeing financial agents and credit mediators (OAM, Organismo Agenti e Mediatori) is that providers established in another EU/EEA country will not be able to provide such services unless they act through an Italian “permanent establishment” that is registered with the OAM (non-EU/EEA providers would not be able to provide such services at all – for further details, please see my post on the European Financial Institutions blog).

The requirement that VASPs and e-wallet providers established in another EU/EEA country must act through an Italian “permanent establishment” may well have tax consequences in Italy, if they are found to have a permanent establishment (PE) for tax purposes here. This risk seems increased by the fact that the regulatory law expressly refers to the term “permanent establishment” (a typical term used for tax purposes) instead of the civil law term of “branch”. The PE analysis may also be influenced by the extended PE definition in the Italian Income Tax Code (IITC) in respect of which the Italian tax authority has not yet issued guidance. So it may be prudent for VASPs and e-wallet providers to consider seeking advance rulings or filing protective returns.

Would the branch necessarily be a PE?

There is no categorical answer to the question whether the requirement of acting through an Italian branch would necessarily lead to a finding that such branch constitutes an Italian PE of the VASP or e-wallet provider for Italian income tax purposes. The analysis must be performed on a case-by-case basis.

Impact of the new PE definition

It is, however, conceivable that this conclusion could be affected by the new definition of PE introduced in Art. 162, para. 2, point f-bis, of the IITC. Point f-bis provides that a PE is considered to exist when the foreign entity has “a significant and continuous presence in Italy which has been arranged in such a way that it does not result in a physical presence”. The main purpose of para. f-bis is to adjust the domestic PE definition to follow the OECD’s recommendations in Action 1 of the BEPS Project concerning the taxation of the digital economy.

But does point f-bis create an additional form of PE? The Italian tax authority has not yet published any guidance to confirm how it would answer this question, and scholars have taken different positions.

According to some, point f-bis is not to be understood as creating a new form of PE as an alternative to a “fixed place of business PE” or an “agency PE”, but rather as a specific anti-avoidance rule that targets arrangements the purpose of which is to artificially avoid a physical presence in Italy in order to circumvent the rules regarding PEs in Italy. If this were the correct interpretation, it could be argued that, like other domestic anti-avoidance provisions, point f-bis does not conflict with Italy’s tax treaties (paras. 66–75 of the 2017 Commentary to Art. 1 of the OECD Model).

Other scholars, however, interpret point f-bis as a substantive provision that adds a new type of deemed PE. If this were the correct interpretation, it could be argued that point f-bis cannot overrule the definition of PE provided for in Italy’s tax treaties (which contains no reference to “a significant and continuous presence test”) or the Multilateral Convention to Implement Tax Treaty Related Measures to Prevent BEPS and that, consequently, point f-bis should apply only to foreign entities resident in countries with no tax treaties with Italy.

What to do in practice?

Overall, the position is far from clear. Assessing whether a foreign company operating in the digital economy has an Italian PE is no easy task. And assessing whether a VASP and e-wallet providers operating in Italy through electronic equipment relating strictly to regulatory reporting obligations can be considered to have an Italian PE would be very difficult indeed. The impact of the determination could also be high – if it was later found that there was a PE, there is a risk that the Italian tax authority could argue that a tax crime was committed because the VASP or e-wallet provider omitted to file a tax return.

As long as the Italian tax authority does not publish guidance on the nature and scope of Art. 162, para. 2, point f)-bis, of the IITC which clarifies the position of EU/EEA-established VASPs and e-wallet providers, the possibility of its claiming that an Italian PE exists cannot be ruled out. For a VASP or e-wallet provider that decides to carry on a business in Italy, it may, therefore, be advisable to consider either of the following two courses of action: 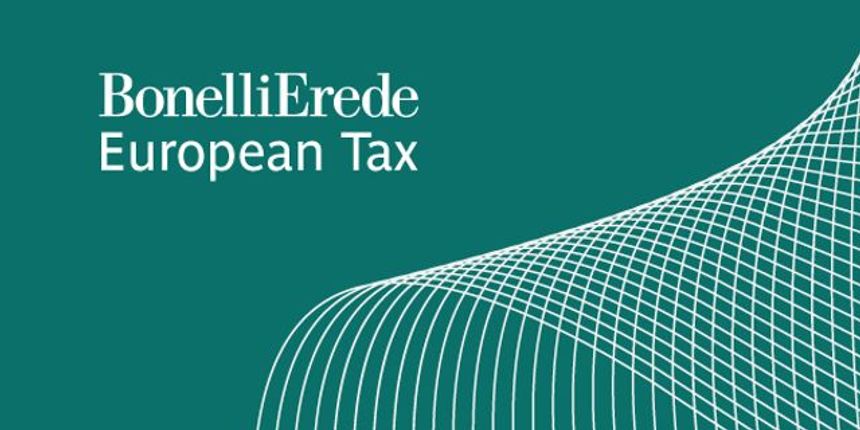