This browser is not actively supported anymore. For the best passle experience, we strongly recommend you upgrade your browser.
All Posts Subscribe
August 18, 2022 | 3 minutes read 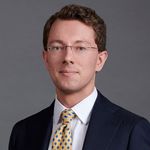 The US has finally passed some tax legislation in the form of the Inflation Reduction Act. But before you get too excited, it does not implement either of the two pillars of international tax reform. Disappointingly, there are no changes to the US GILTI rules (which make the interaction between GILTI and the global minimum tax highly complex) and, although the US has approved a corporate minimum tax imposing a 15% tax on adjusted financial statement income for corporations with profits over $1bn, it does not appear to align with the global minimum tax Model Rules.

On 20 July, the draft legislation for the UK’s income inclusion rule, the “multinational top-up tax” was published for consultation until 14 September, alongside a response to the initial consultation.

The draft legislation provides for the multinational top-up tax to apply effectively from 2024. Other parts of the GloBE rules, such as the Undertaxed Profits Rule and a domestic minimum tax may follow later.

Key themes arising from the consultation include:

There is a tension between wanting to encourage positive behavioural change away from low tax jurisdictions to high tax jurisdictions and the overly broad anti-forestalling rules which prevent MNEs taking action now to minimise the impact of the rules when they come in. We have seen this conflict before in practice, such as when the bank levy was introduced and, more recently, in the draft legislation for the energy profits levy. In both of these examples, the anti-avoidance provisions were subsequently narrowed so as to make them workable.

It is hoped that the anti-forestalling rules will also be narrowed in the final legislation because as currently drafted they are overly broad (reflecting the breadth of, and lack of detail in, the Model Rules) which is causing significant uncertainty and affecting current business decisions.

The effect of the draft UK legislation (Schedule 3 paragraph 2) is that if there is an intra-group transfer of an asset (other than an asset which is manufactured, or is sold in the course of a trade) between two members of a multinational group on or after 1 December 2021 and before the first accounting period for which the group is a qualifying multinational group, there will be no step up in the carrying value of that asset and the deferred tax assets and liabilities are to be determined by reference to that carrying value. That may prove to be an obstacle to innocent and commercially motivated intra-group asset transfers which, on the current drafting, would result in a higher top-up tax burden than is warranted.

The government’s response is that it will seek to provide further clarity on the effect of the transitional rules to stakeholders both internationally and through UK legislation where appropriate.

The consultation response also highlights a number of other points which the government will raise as part of the discussion of the Implementation Framework that is being developed at the OECD level and the publication of which is keenly awaited. All in all, there is a lot left to consider and clarify, in the UK and beyond!