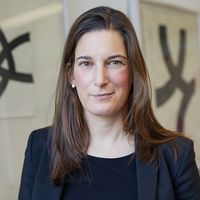 The German legislature has enacted a large number of new and amending provisions with remarkable speed, just before the current parliamentary term ends with the federal elections on 26 September 2021. Amendments include the tightening of the German real estate transfer tax (RETT) rules and the option for partnerships to be treated like corporations for tax purposes. Other developments affect in particular international groups with operations or IP registered in Germany. In chronological order by enactment date, the measures are:

The amendment of the RETT Act entered into force as of 1 July 2021. There are three main changes (all of which apply irrespectively of the tax residency of the relevant shareholders).

The RETT rules used to provide for a charge on the acquisition of 95% of the shares in a company which (directly or indirectly) owned German real estate. RETT was, however, not triggered in case of a transfer to two co-investors of, respectively, 94.9% and 5.1% of the shares, to be followed by the transfer of the 5.1% stake to the main investor after the expiry of a 5-year watching period. The 5.1% co-investor in this structure would generally be referred to as the "RETT blocker".

Now, the relevant threshold has been lowered from 95% to 90%, the 5-year watching period has been extended to 10 years and a new corporation rule has been introduced pursuant to which an exchange of the shareholder base of property-owning corporations in respect of at least 90% of the company’s capital within a period of 10 years triggers RETT, even if there is no single shareholder or group of related shareholders who eventually control the real estate owning company. This new corporation rule does, however, provide for an exemption for stock exchange transactions in shares of listed companies within the EU / EEA.

In respect of WHT, the two-step approach to obtain a relief has generally been maintained, i.e. the payor of cross-border dividend or royalty payments is required to withhold and remit the taxes withheld to the German tax authorities and the payee may subsequently claim a tax refund under the applicable double tax treaty or provision of EU law. The payor may only refrain from withholding tax if the payee has been granted an exemption certificate. Under the new law, the payor still has to file quarterly "zero" withholding tax returns, even if an exemption certificate has been granted.

It had been expected that the new anti-treaty shopping rule would make it easier to claim relief under an EU directive or applicable double tax treaty in respect of dividend or royalty payments in a multi-tier group structure. Instead, it has made it harder. The foreign recipient of German dividends or royalties will be entitled to relief only to the extent that one of the following four conditions is met: its shareholders would have been entitled to the same relief if they had received the payment directly, the source of the income has a significant connection to a genuine economic activity carried on by the foreign recipient, the interposition of the foreign recipient does not have a main purpose of obtaining a tax advantage, or the foreign recipient is a publicly traded company listed on a recognized stock exchange.

The new transfer pricing rules place greater significance on the functional and risk analysis ("substance over form approach") and provide for the application of internationally standardized regulations ("best method approach") and the adoption of the OECD’s DEMPE (development, enhancement, maintenance, protection and exploitation) concept. They also include new, detailed regulations regarding advanced pricing agreements.

The Fund Jurisdiction Act is intended to increase Germany’s competitiveness as a jurisdiction for funds. In addition to transposing the non-tax-related EU Directive 2019/1160 into national law, it also introduces new tax provisions, including the following:

This legislation implements the ATAD. It contains provisions addressing hybrid mismatch arrangements, providing, for instance, that interest expenses will be tax deductible only if the corresponding profits are subject to a tax comparable to German taxation. The new law regarding hybrid mismatch arrangements applies retroactively as of 1 January 2020.

The ATAD Implementation Act also substantially amends the exit tax rules for individuals. Under the current regime, if an individual owning shares relocates within the EU/EEA, the tax is assessed and may – under certain requirements – be deferred without interest or security until the disposal of such shares. The ATAD Implementation Act removes this deferral and provides that the tax will instead have to be paid in seven annual instalments. The new exit taxation regime applies from the 2022 tax year.

Finally, the German controlled foreign company (CFC) rules are amended to broaden their scope. Not only shareholders, but also holders of certain equity instruments, could qualify as related parties for CFC purposes, and non-tax resident shareholders can be subject to the new CFC rules, if they hold shares in a foreign corporation through a German permanent establishment. Generally speaking, the German CFC rules work so as to impose a tax charge on income classified as passive (rather than active), if such income is not already subject to a minimum level of tax. The ATAD Implementation Act now classifies dividend income as passive if either the dividend payments are tax deductible at the level of the payor or the taxpayer does not own at least 10% of the shares in the payor. Most significantly and heavily criticized, the threshold for low taxation remains 25%.The new CFC rules apply from the 2022 tax year.

This act introduces a "check the box"-system which would allow partnerships to opt to be treated, for corporate income tax purposes, in a manner similar to a corporation. The main intention is to strengthen the international competitiveness of family businesses in the legal form of a limited liability partnership or a general partnership, and the transition to corporate taxation is treated as a deemed change of legal form. In addition, this act contains a further internationalization of the scope of the German reorganization tax act (Umwandlungssteuergesetz), amends the treatment of tax balancing items within a tax group (Organschaft) and abolishes the non-deductibility of currency losses connected to shareholder loans. All measures come into effect as of 1 January 2022.

The new law contains a defence mechanism to make it more difficult for individuals and companies to avoid paying taxes in Germany through business relations with states and territories that are on the EU list of non-cooperative tax jurisdiction (the "black list"). The measures include the denial of tax benefits or deductions and apply as of 1 January 2022. 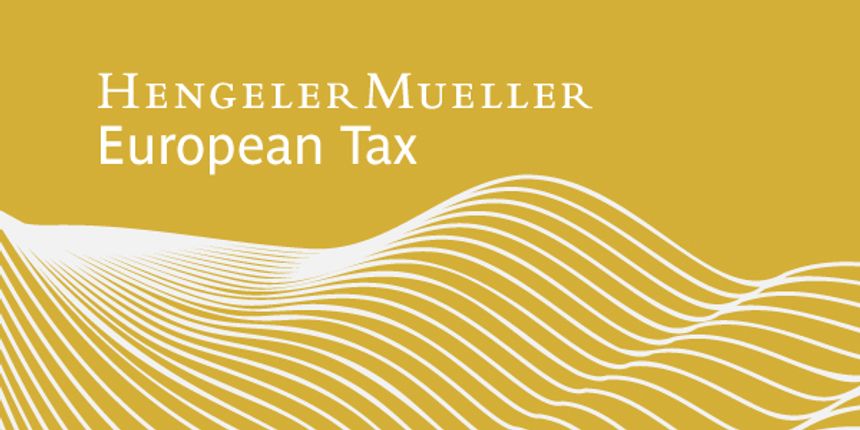 Germany and foreign-to-foreign IP transactions: the next act
Verena Klosterkemper